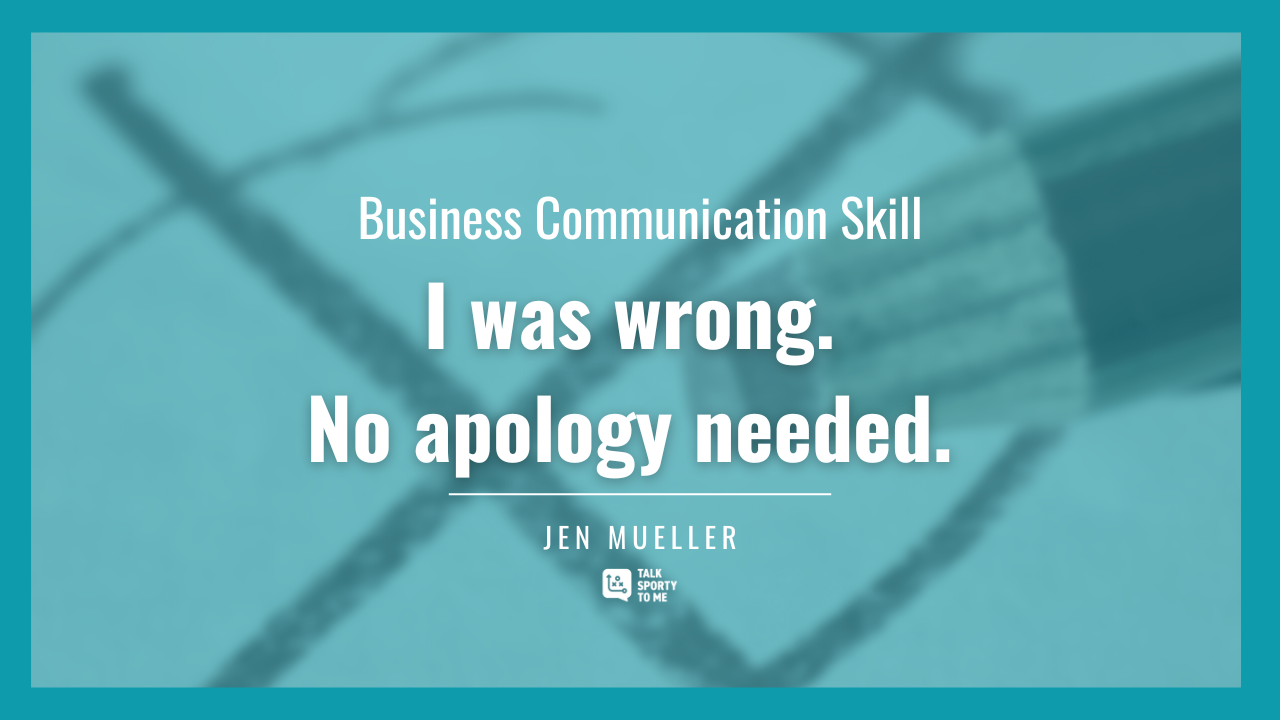 Here's where sports can help us differentiate between "I was wrong" and "I'm sorry." It starts with the question "Who do you think will win the game?" The answer is a best guess and fans get it wrong all the time. 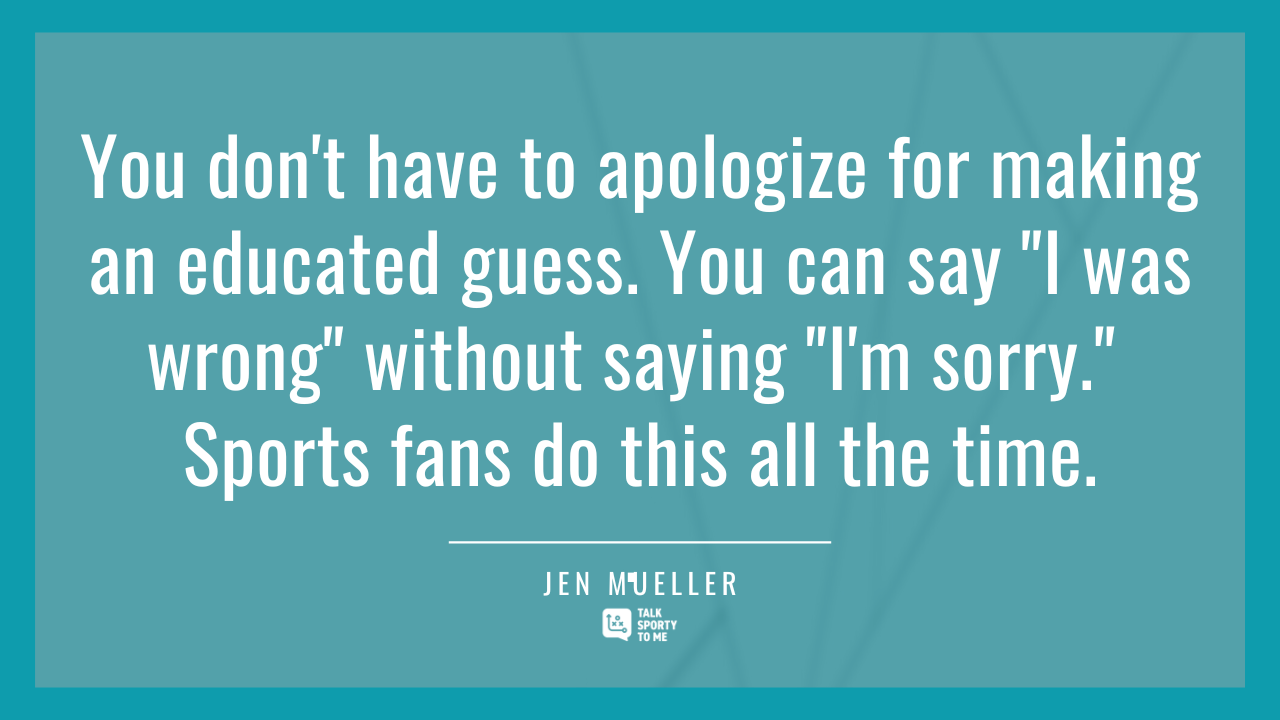 It's ridiculous to think of a fan apologizing for the outcome of a game they themselves didn't suit up and play in. The same is true in my role as a sports broadcaster. I do hours of research and interviews leading up to every Seahawks game. I feel confident in taking an educated guess as to how the game will play out. When I'm wrong, I'm wrong, but I'm not sorry.

Everyone gets it wrong sometimes even after evaluating all the data and considering all the factors. Get comfortable sitting in that space during sports conversations and it's easier to do the same in business conversations.

I've started a new video series on YouTube to help identify more of these communication skills hidden in sports conversations. You can subscribe and get early looks at new projects I'll be releasing the coming months.