Talk Sporty 101: How to be a frustrated fan 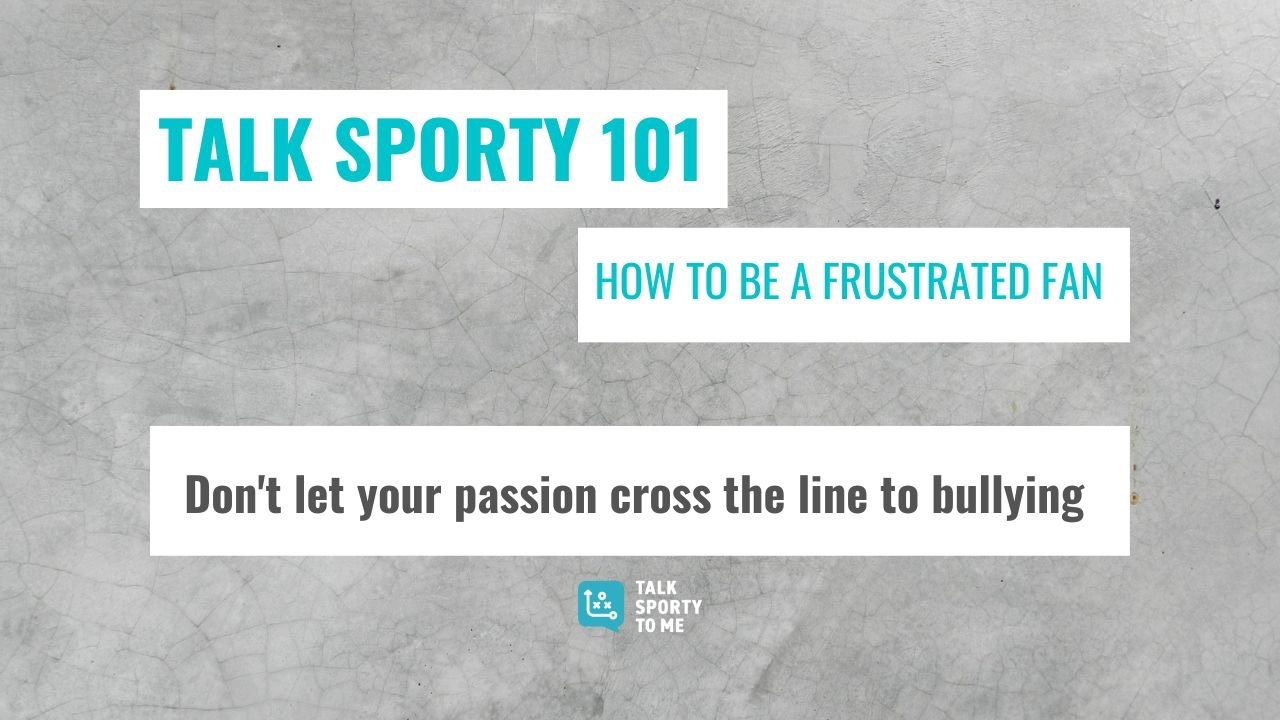 I know you want to think that what happens at a ballpark, stadium or arena stays there and that you as a fan are different than you as a person who shows up for work every day, but that’s not how it works. You are the same person. Your fandom is part of your personal brand. It’s easy for emotions to take over and for frustrations to turn into personal attacks, name calling, bullying and even harassment. I’ve not only seen it all, I’ve been on the receiving end of all of it. I’ve also been a fan for as long as I can remember, so I know frustrating it can get.

Instead of going off...

Talk Sporty 101: Include Everyone

Sports brings communities together in ways other interests can't. That's the real value of sports conversations and sports small talk.

Sports allows you to connect with people from all different backgrounds, young and old, male and female... but only if you include everyone in your conversations.

It's easy to make assumptions about what you think sports fans look like. Men, for example. I bet you're more likely to assume men are sports fans. Which also means you're more likely to exclude women from sports conversations. As a woman who has worked in sports broadcasting for more than 20 years I know that's not that's not the case. I also know that when I'm excluded from a sports conversation based on my gender I get irritated and I'm not interested in connecting or building relationships. Not a big deal if we just meet in passing, but much bigger deal if you want to work with me, or if you're a server at a restaurant and would like a tip.

Talk Sporty 101: There's No Such Thing as Sports Talk For Women

I don’t know who needs to hear this, but there’s no such thing as sports talk “for women.” I’m a woman who’s worked in sports broadcasting for 20 years and I don’t know what that means.

The implication is that women need special help talking sports or that you need to talk to women differently that you would talk to other sports fans. That’s just not true. (And if it was, TV and radio broadcasts of games would sound much different.)

When people distinguish male versus female fans it’s often a misguided attempt to categorize different types of fans. I think they’re trying to say that not every fan wants to talk about stats and draw the distinction that some fans would prefer to hear more about a...

Sports fandom looks different to different people. Some fans memorize stats and are glued to the TV during games. Others take a more casual approach, enjoying the social aspect of watching games with others and taking in game day traditions and rituals.

There’s no one way to be a sports fan. Don’t listen to the die-hards who claim they’re the only “real” fans in the building. On the flip side, give yourself credit for being a fan. You don’t need to make excuses for not watching more sports and you don’t need to apologize for only following the local team.

Here’s a breakdown of how we at Talk Sporty to Me categorize sports fans. 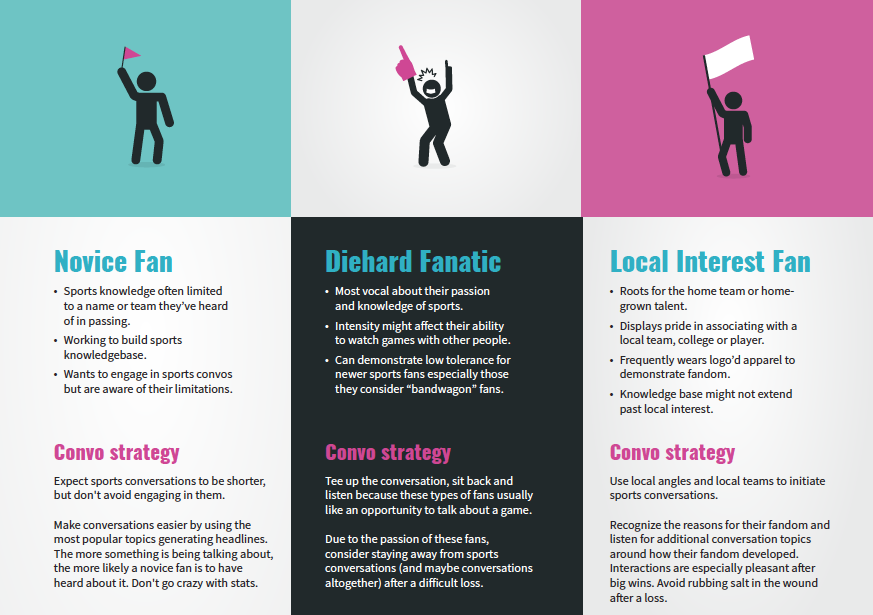 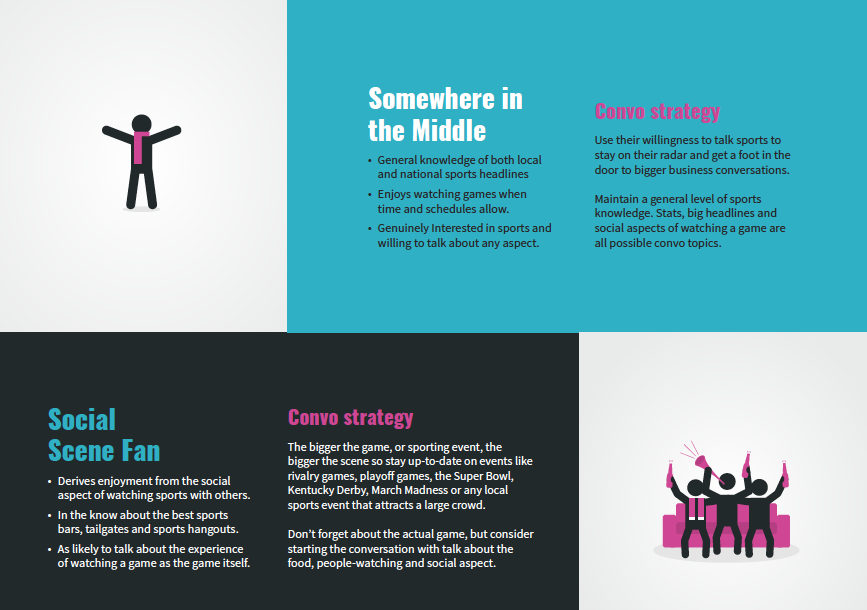 Being aware of sports fan profiles can help you stay in your lane in a conversation. I realize that phrase can have a negative...