I originally posted this blog three years ago when it felt like “hot takes” were all the rage on TV. No one wanted to listen, and everyone wanted to yell.

Things haven’t changed all that much, but they should because listening is a leadership skill, as is controlling your emotions, showing empathy and knowing how to disagree like an adult.

I understand there’s a lot going on in the world. The stress and uncertainty can be overwhelming. Emotions are running high.

Conflict happens in conversations. Disagreements happen and differing opinions exist. So does a better way of handling those situations.

I talk for a living. I actually talk sports for a living. But more importantly I talk to human beings for a living. After nearly two decades in sports, I’m well-practiced at asking questions, assessing the environment and engaging in conversations. I don’t always agree with what people say, decisions that are made or the way opinions get expressed, but it’s still my job to provide information and present different points of view with a level of tact. And these are the strategies I use to keep my cool in potentially heated conversations. 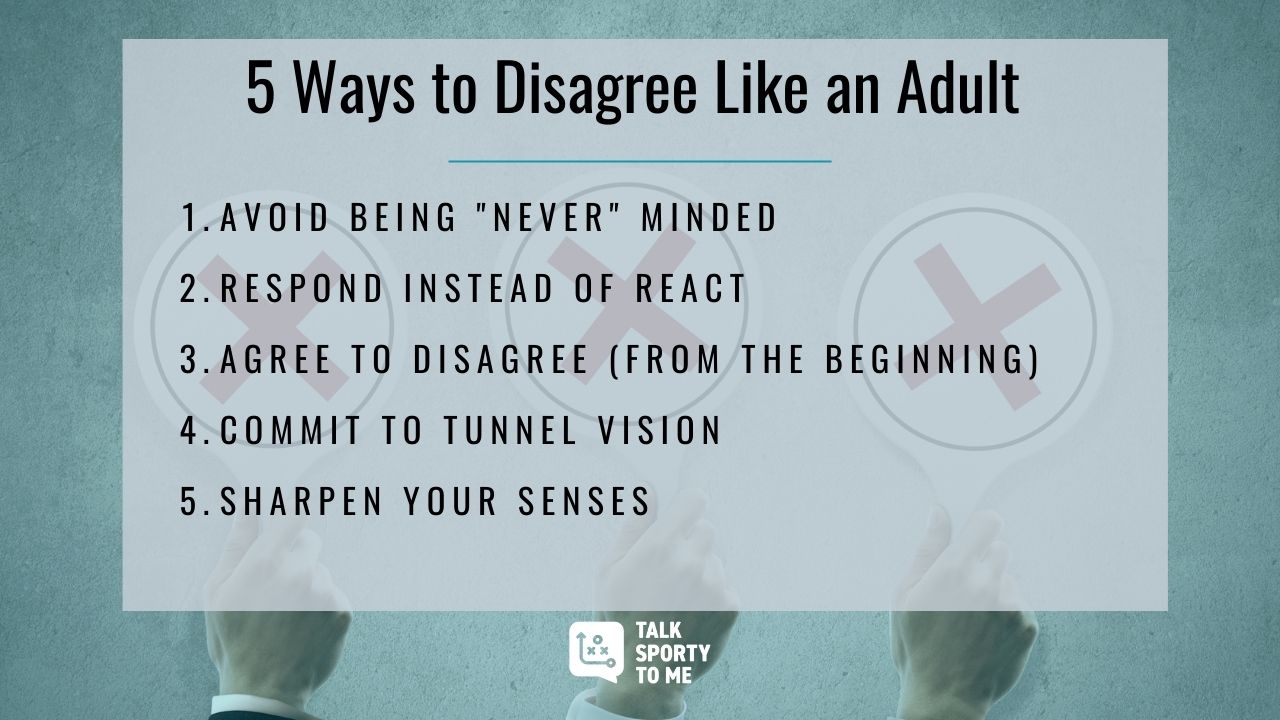 Put this into practice...

I engage in back and forth conversations daily about trivial matters like, “How do you define an MVP season?” “What stats matter most?” or “Who’s the best quarterback of all time?”

They’re typical sports conversations, ones that help you practice face-to-face interactions in low-leverage situations. Sure, those debates can turn heated with overly-passionate fans, but in general sports scores and highlight-driven discussions (i.e. biggest plays of the game, best player performances, etc., discussions related directly to game-action, not social causes.) are a good way to practice, not just your conversation skills, but your ability to disagree like an adult.

Disagreements are going to happen. Make sure you have the skills to handle those situations graciously and position yourself in the best possible way. I bet you’d hate to find out you weren’t even considered for a project or promotion because of your ineffectiveness in dealing with disagreements.

The weekly Sports Conversation Starters posted every Monday can help you practice because disagreeing like an adult is a skill not just a response or reaction.