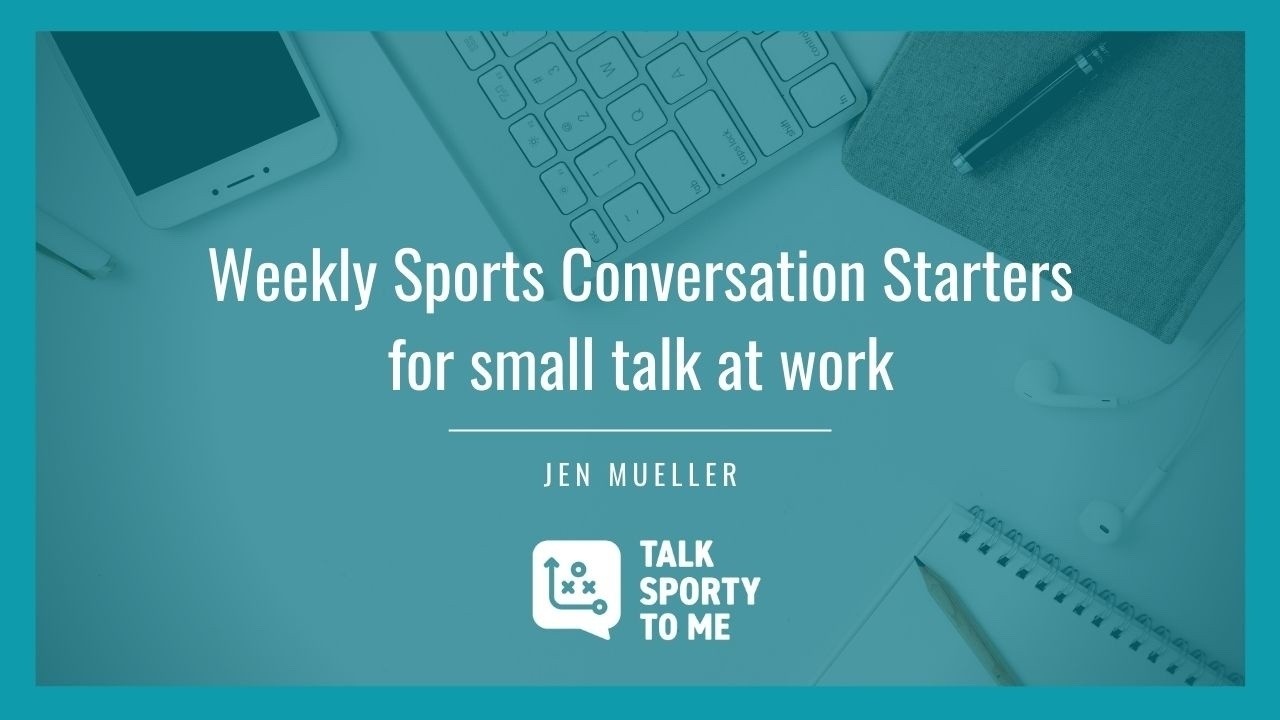 The NFL regular season is underway and if you need a default conversation topic from now until the Super Bowl on February 12, football is a safe bet. Just consider the TV ratings from last season. NFL games accounted for 75 of the top 100 most watched TV programs in 2021 and the Top 5 most-watched programs were NFL games.

Millions of fans tune in for weekly games. They might not like every outcome, but they generally enjoy talking (or venting) about what happened.

The popularity of the NFL and football in general is why it’s most-often at the top of our weekly Conversation Starters list. You don’t have to go far to find a good talking point but there’s plenty of other options this week too. 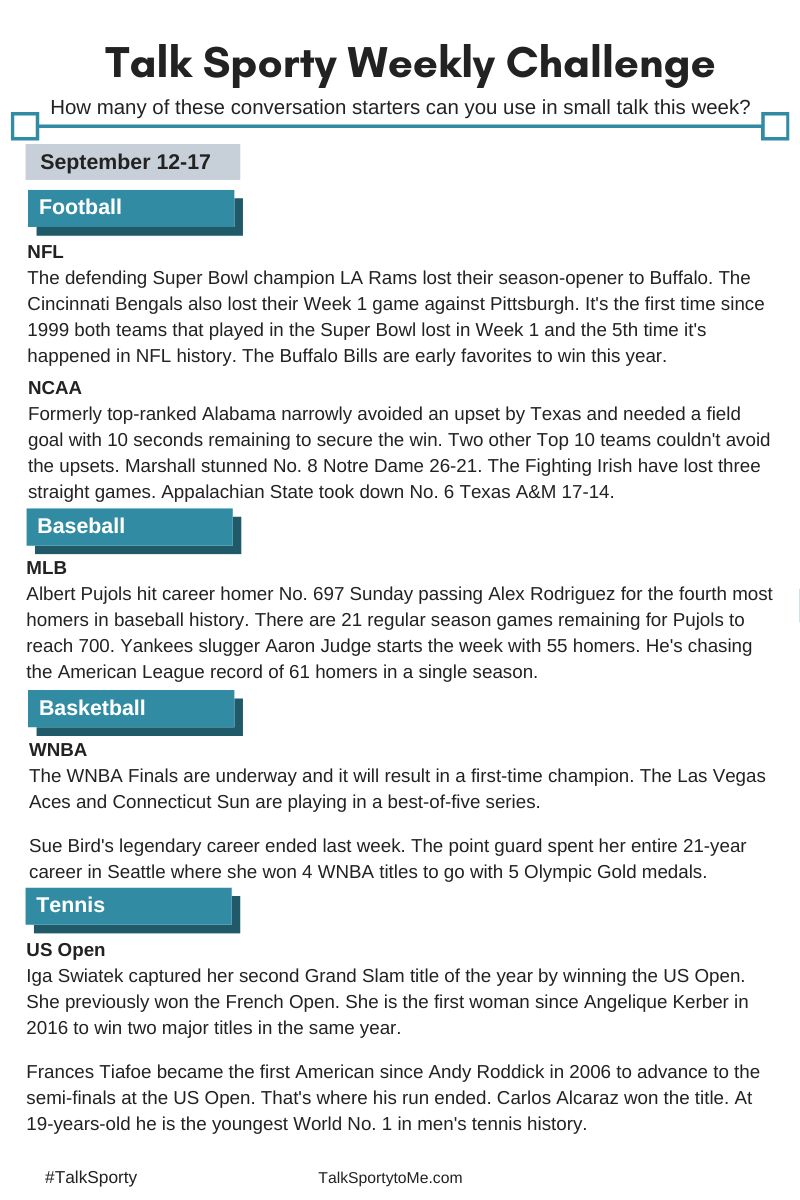