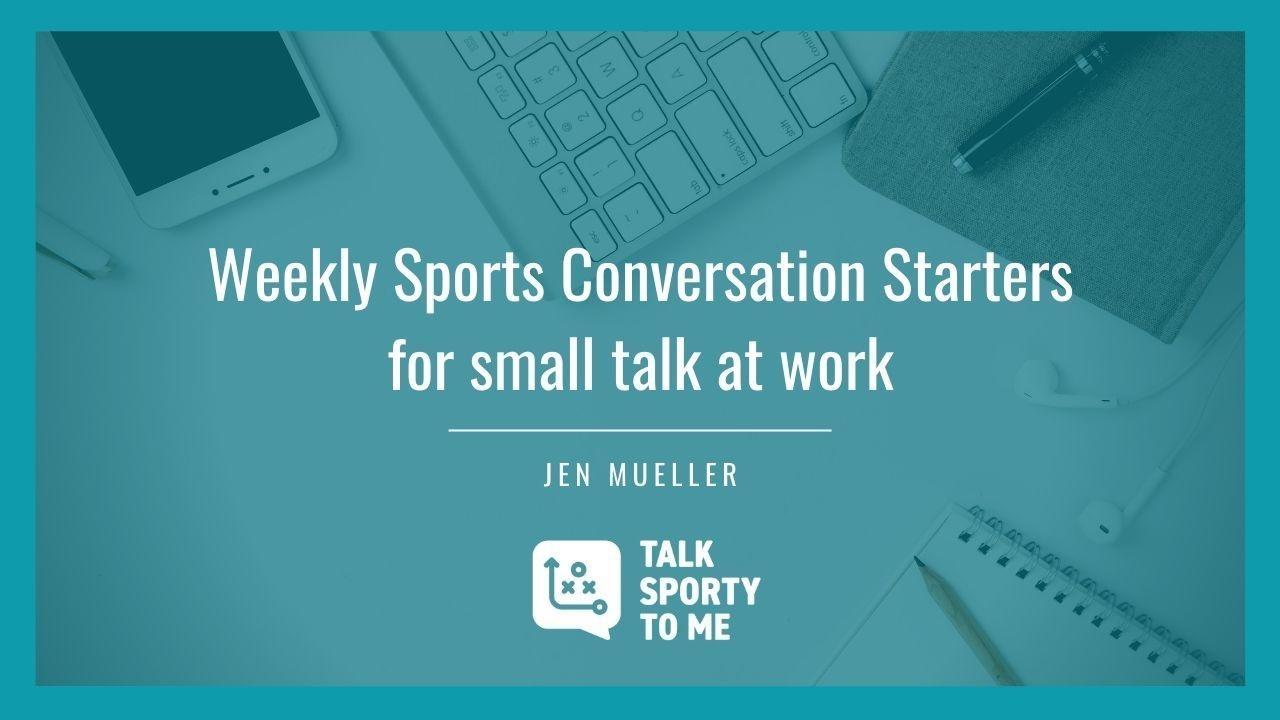 Pull back the curtain a little bit in your small talk. Be willing to chit chat before your calls this week. All it takes is a minute or two to provide additional insight on who you are, allowing for connection, trust and relationship building.

You can get the ball rolling with these sports conversation starters this week and be part of a sports conversation with a WNBA GM Thursday. I’ll be interviewing Seattle Storm and Force 10 CEO and General Manager Alisha Valavanis. It’s FREE to register. 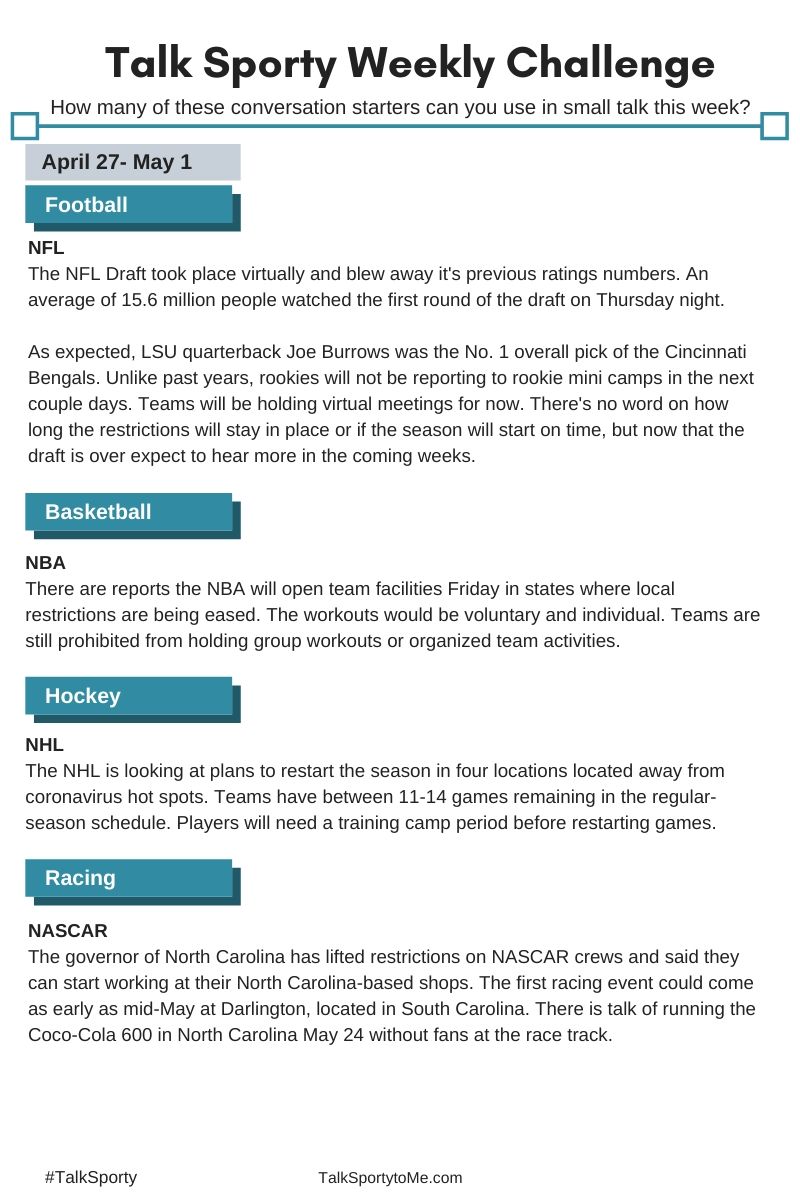