5 Quotes to Inspire You to Find Your Voice 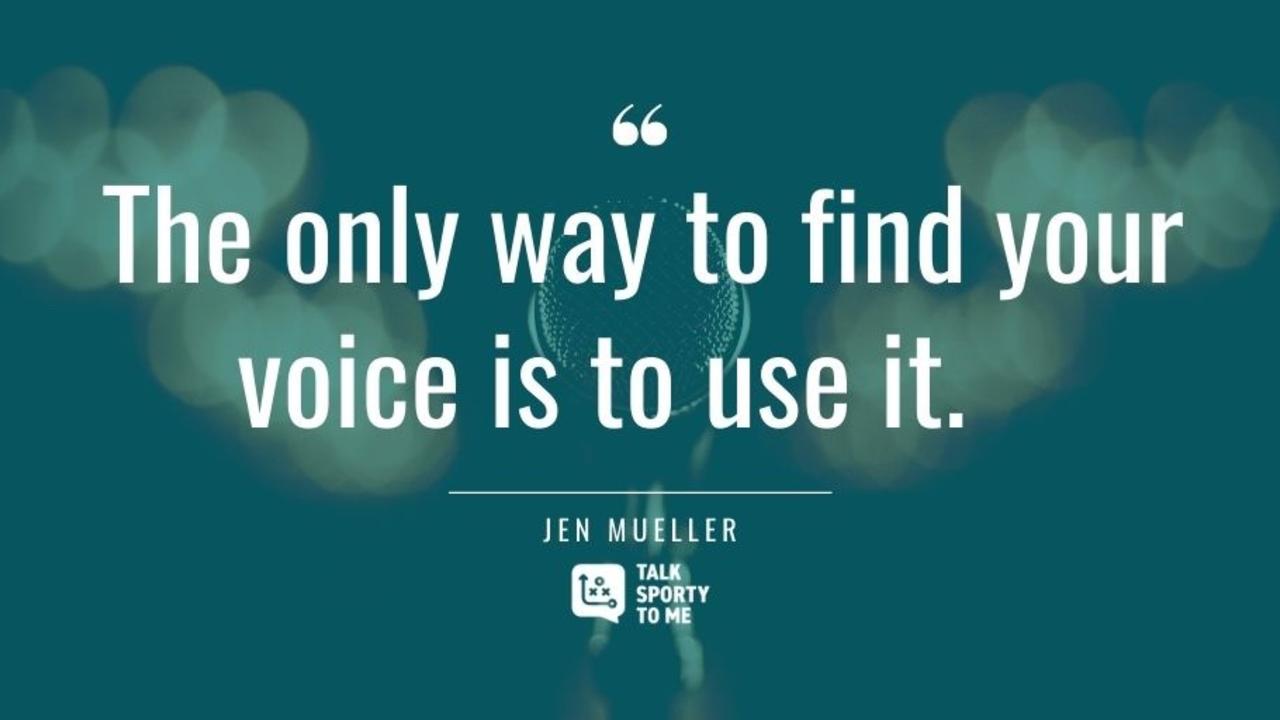 How do you find your voice?

It’s a topic I’ve shied away from in the past because I didn’t have a good answer and quite honestly wasn’t even sure if I’d found mine. Unless the question was directed at finding my voice as a broadcaster. I know how that came about.

I remember how unsure I felt early in my on-air career at hearing the sound of my own voice. It’s a weird feeling, even if it’s the job you’ve prepared for and the role you’ve always wanted. Hearing yourself on TV or radio sounds different that you might and it’s unnerving.

I felt pressure to say the exact right thing and to sound like a broadcaster in the process. As a result, I didn’t sound like myself, I wasn’t connecting with the audience and I was too preoccupied to enjoy the moment and just have fun.

It took time, years as a matter of fact, to find my voice as a broadcaster both in what I said and how I said it. It took being on TV every day to get comfortable talking to players after a big win, bantering with my colleagues on-air and letting the audience see my personality. Behind the scenes I was gaining confidence in how I talked about outcomes, storylines and people.

Even though I prepared for an on-air role long before I got one, it took doing the job and using my voice to actually find it.

The only way to find your voice is to use it.

It’s true in broadcasting and it’s true for anyone trying to find their voice.

Finding and using your leadership voice is the focus of the Seattle Sports Commission Women’s Leadership Breakfast Thursday, October 29. You’ll hear from this dynamic panel of women leaders:

This is my favorite event of the year and as the moderator I get a preview of the conversation when I pre-interview the panelists before the event. Here is just a snapshot of what you can expect to hear from during the panel discussion.

5 Quotes to Inspire You to Find Your Voice

“Finding your voice is about having the confidence to know you matter so you can use your voice.” - Cammi Granato on where to start.

“The hardest part of finding my voice was finding the courage to believe my voice could actually make an impact.” - Rosalie Fishon overcoming hurdles in finding her voice.

“When was the last time my heart smiled?” -Chaunté Lowe on how she identified her passion that lead to finding her voice.

“Center yourself in your competency first. When you step into a conversation around your competency it’s a risk but it’s less risky than you think because you’ll retreat to the knowledge you’ve gained from past experiences.” – Maya Mendoza-Exstromon gaining confidence to speak up and speak out.

The Seattle Sports Commission Women’s Leadership Breakfast is entirely virtual for the first time ever. So make plans to attend and invite friends from around the country to join the conversation. Following the panel, participants will move into breakout rooms for networking around our theme of Finding and Using Your Leadership Voice. Click here for details and registration and get ready to find your voice and inspire others to do the same. 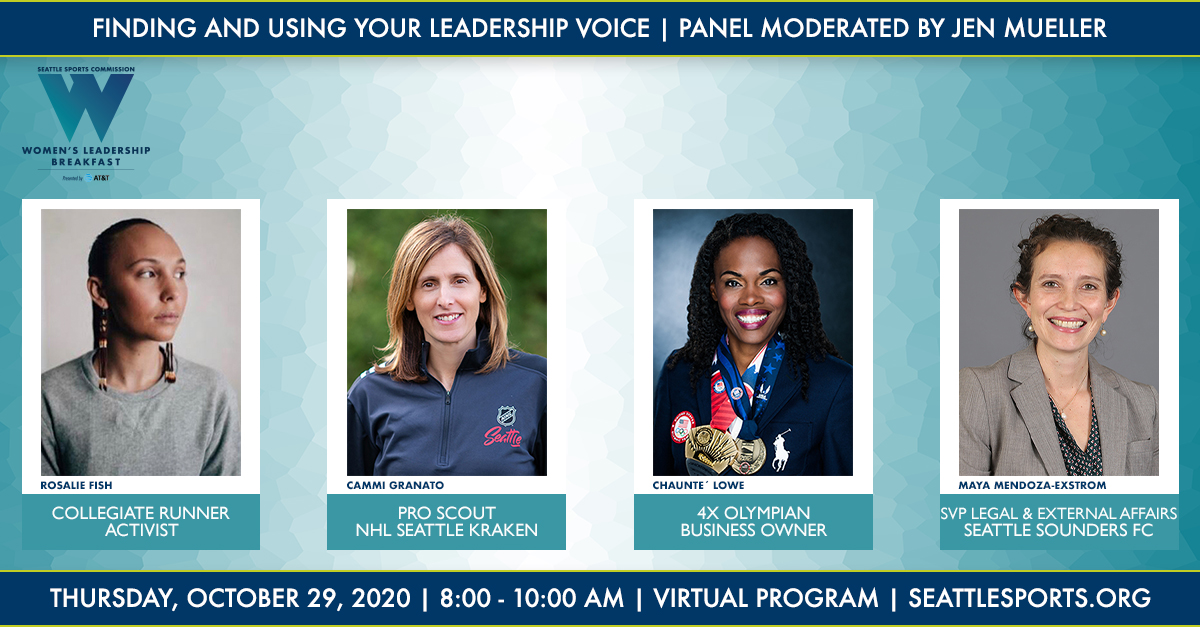