Practicing Leadership: How do you Talk to Yourself? 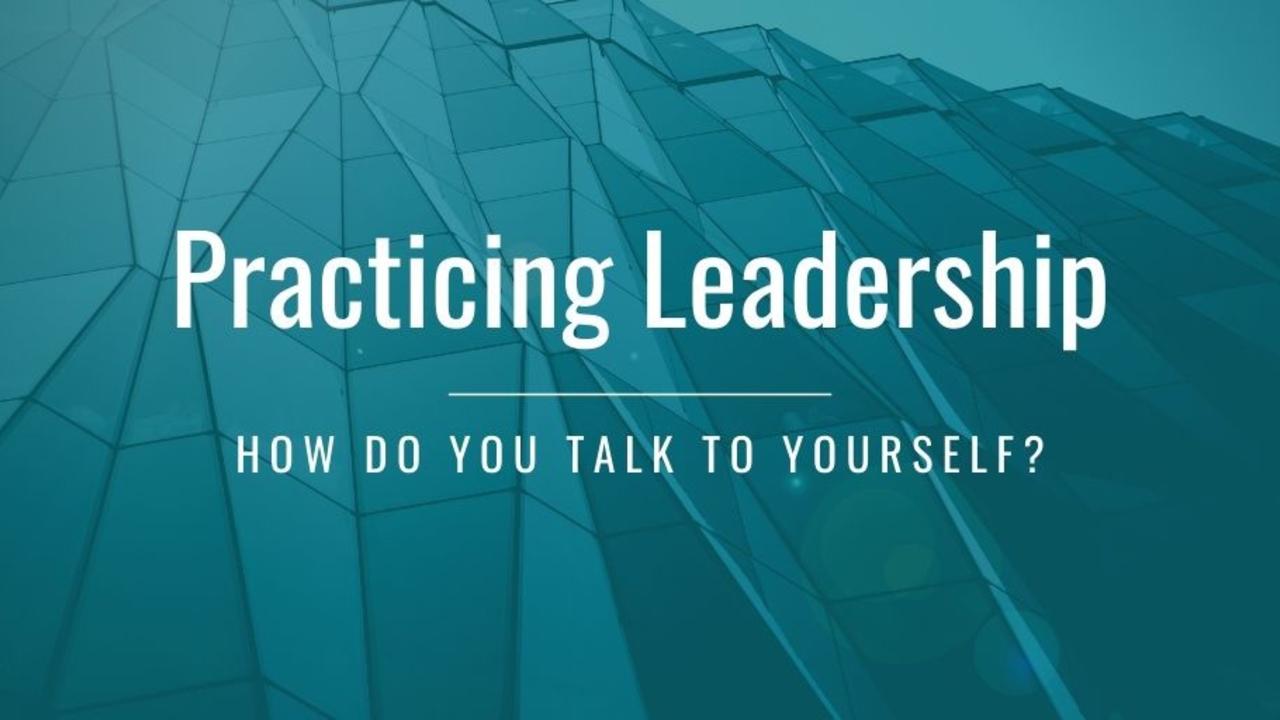 “Are you talking to yourself again?”

I’ve lost track of the number of times my husband has asked that question during quarantine.

It’s something I do when problem-solving or trying to remember something. I usually ignore him because there’s no pretending I’m not carrying on a full-blown conversation with myself.

But there is something I won’t ignore anymore the use of certain phrases that should be canned from how we describe what’s happening right now – unprecedented and new normal.

My background as a TV producer leads to me believe emails have been sent from executive producers to writers and producers across the country telling them not to use those words or phrases. (That happens occasionally when words get overused and lose their meaning or aren’t providing an actual description of anything.)

Let’s be honest, by this point we recognize we have all experienced something unexpected that will reshape the way we do business moving forward. The more we talk about unprecedented times and discovering a “new normal” the more we create hurdles to overcome – because it comes back to the way we talk to ourselves.

Changing the words you use can change your perception of the situation and the emotion attached to it.

Telling yourself his is how you will operate going forward is different than discovering a “new normal” which sounds like I’m not going to like it as much as the normal I was used to. Overcoming “unprecedented” times sounds overwhelming compared to saying “I know there are new challenges for me to overcome.”

So, the next time you start talking to yourself use language that propels you forward instead of holding you back in the stage of uncertainty, fear and dread.

Speaking of the way you communicate...

My dad is my leadership benchmark. I value his insights and the lessons learned during his career so I was thrilled when he joined me for a leadership interview a couple weeks ago. We talked about the importance of communicating with employees during COVID-19 which prompted him to share a story about his tie and the message he didn't realize he was communicating to his employees.

Watch the video to hear the story and the letter he received from a former employee's widow.

The big takeaway: You're always communicating with your team. It's up to you to be intentional about the message you're sending.