Leadership Lessons from My Past Life as a Football Official 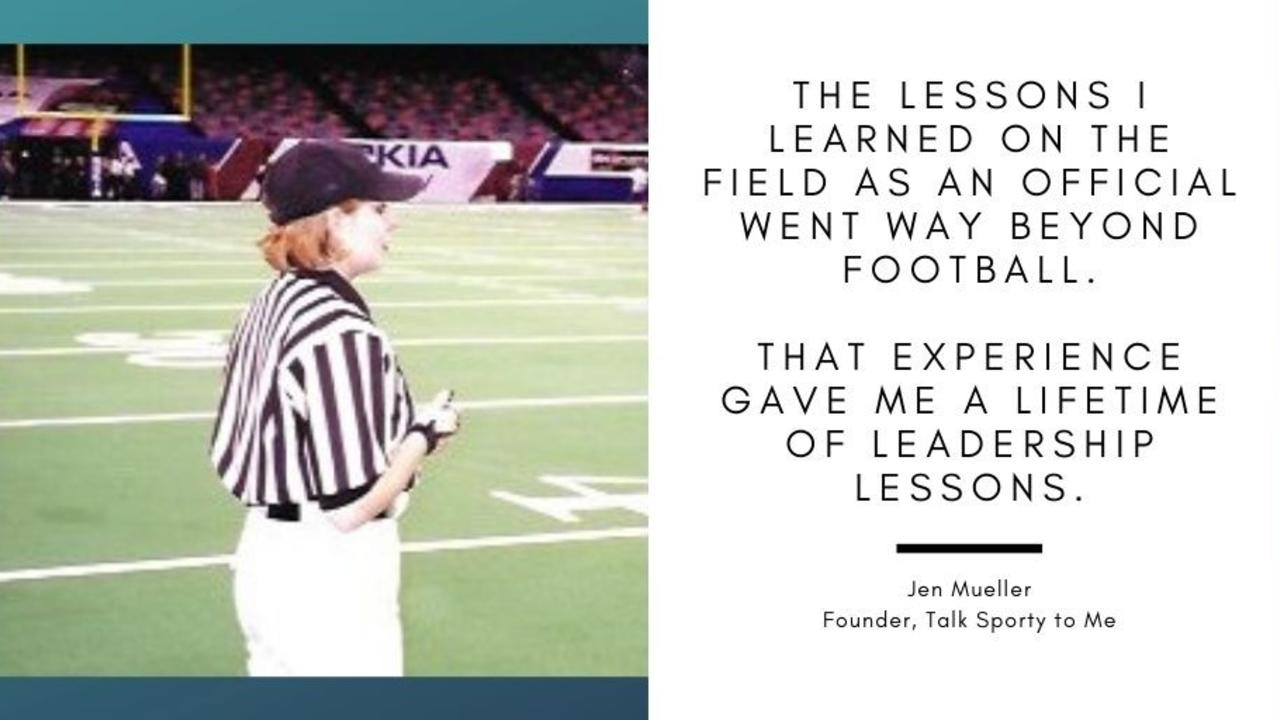 I grew up believing that hard work alone would get me where I wanted to go in life. That being loud was a character flaw to overcome. That blending in was best, because you don’t want to rock the boat or make anyone uncomfortable and that the best way to deal with conflict was to back down and somehow make it my fault because, again, I wouldn’t want to make someone feel badly.

My time on the field gave me a blueprint for communicating under pressure, dealing with criticism, and demonstrated the importance of making some noise.

Lessons learned on the field went way beyond football. Being a high school football official provided a lifetime of leadership lessons.

Leadership Lessons Learned on the Sidelines

Leadership Lesson: Standing out makes you memorable. Choose how you want to be remembered and make it happen.

Leadership Lesson: You don’t need a whistle to make noise. Speaking up, sharing ideas, sticking to your convictions leads to the same end result. Being uncomfortable the first few times is normal. Don’t let that stop you.

Leadership Lesson: Doubters exist in every work environment. You can choose how much you want to hear. If you’re planning to prove them wrong anyway don’t waste your time being distracted by the noise.

Leadership Lesson: People will disagree with you (even if you did the right thing.) Be willing to hear someone out without adding fuel to a disagreement or emotional exchange.

Leadership Lesson: Proving a point isn’t a good enough reason to do anything. Real conviction comes from your internal drive.

I didn’t pursue football officiating to prove a point. My competitive nature drew me to the challenge of succeeding at something new. It made sense because it aligned with my goal of being a sports broadcaster and sideline reporter at time when women still weren’t taken very seriously in those roles.

There were plenty of days it didn’t feel like I was doing anything but getting yelled at by people who preferred I was anywhere else but the football field. I didn’t realize the kind of leadership development taking place until I looked back years later.

You are doing something right now that is shaping and developing your leadership style.

What is it? Is it a skill you want to have, or a habit that needs changing?

If you don’t see yourself as a leader take a step back and reflect on some of the most impactful lessons you’ve learned in the last five years. Note how they shape the way you approach your current role.

Leadership is everywhere from meeting rooms to the football field.