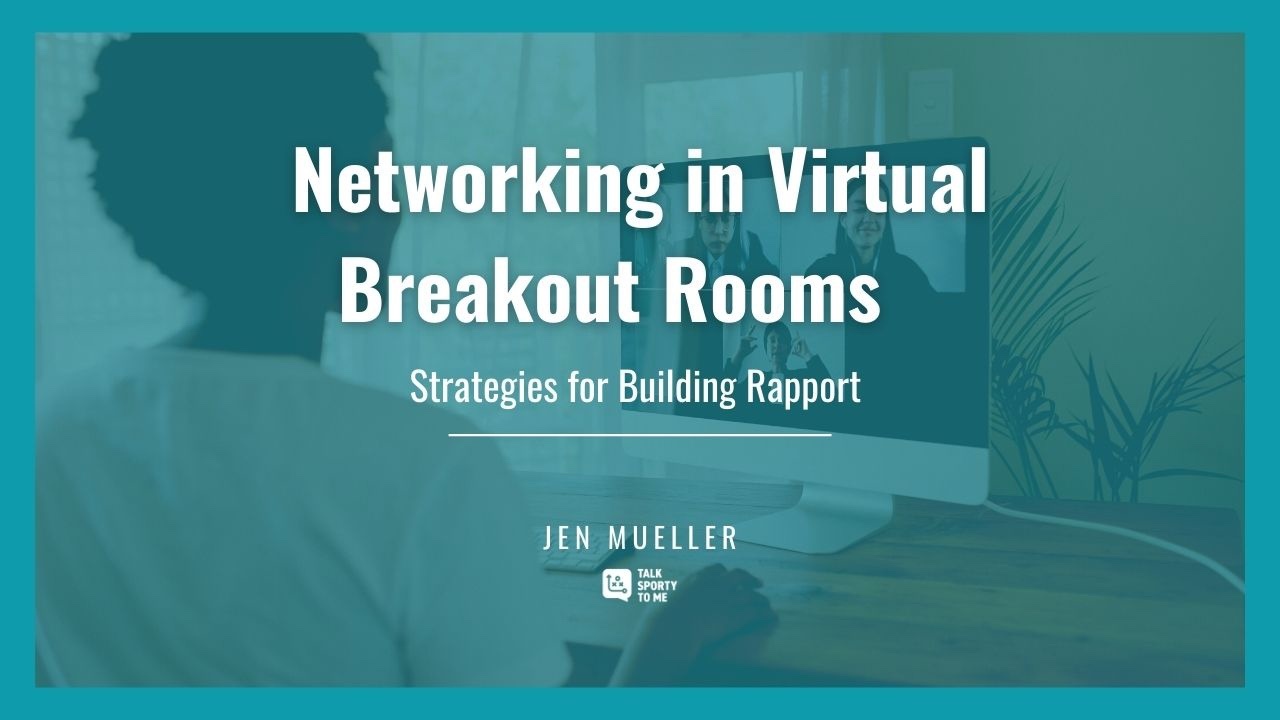 Parachuting into unfamiliar situations isn’t easy. And regardless as to how familiar you are with virtual meetings, conferences and events, networking in a virtual breakout room isn’t easy.

Even an outgoing person can feel overwhelmed. Not only do I speak from experience, but research has shown Zoom fatigue in extroverts can make conversations less satisfying they can’t rely body language and visual cues that are important to that personality type.

You could hope for the best and cross your fingers that you’re in a room with great conversationalists who can get the conversation going. Or you could spend a few minutes preparing for those interactions, thinking through what you’ll say and strategizing an approach that maximizes your networking opportunities.

That should be the goal in any networking situation. With that in mind here are 5 ways to build rapport when you don’t know anyone in your virtual breakout room.

The way you show up on camera is part of your brand and your first impression.

Making it easy for people to respond and engage builds rapport.

Building rapport is a critical part of networking and building relationships. As more events prepare to return in person, these techniques still apply. Be intentional and strategic with the opportunities you get to interact and expand your network.