Talking to People in Person: Commit to 30 Seconds 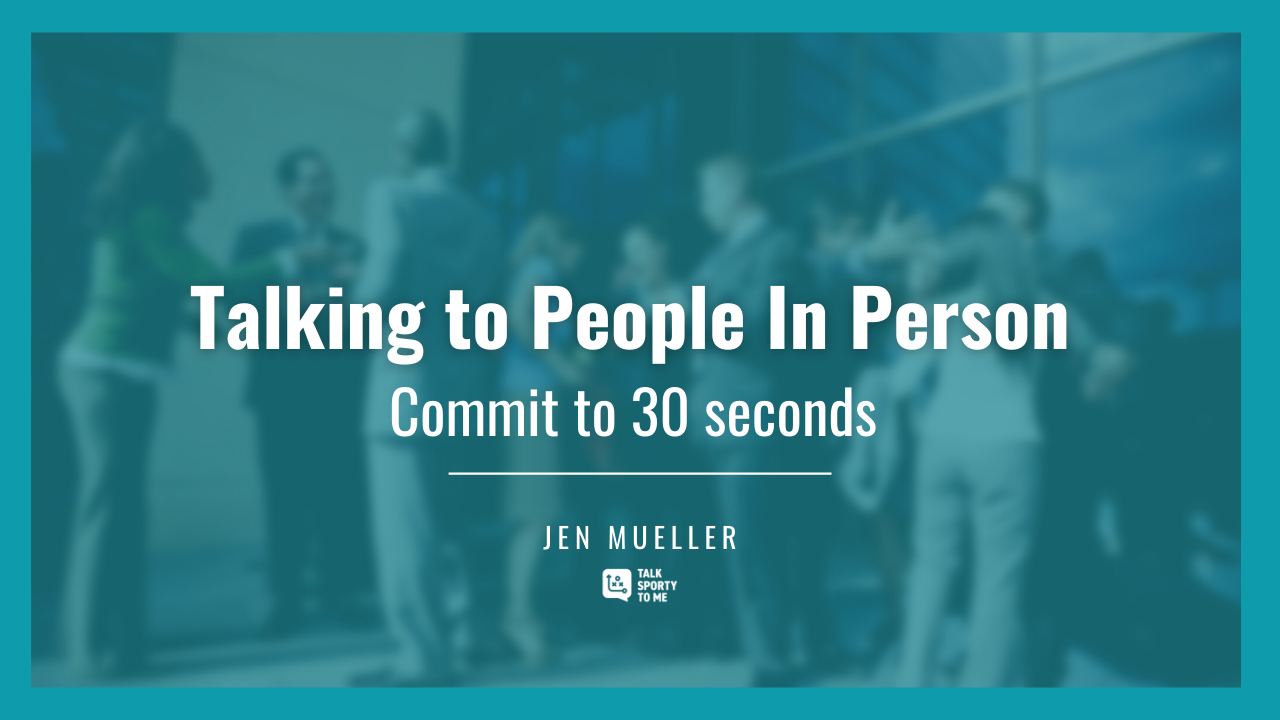 You can do anything for 30 seconds.

That encouragement always seems to come right before telling you to do something you don’t want to do or don’t think you can do. Then, after 30 seconds of more burpees than you really wanted to do, you’re done.

In other words: You can get more done in 30 seconds than you think, and it will be over before you know it.

It’s true in your workouts and when it comes to talking to people in person. If, after more than a year of working from home, you dread the thought of small talk and having conversations in real life then reframe what a conversation actually is. 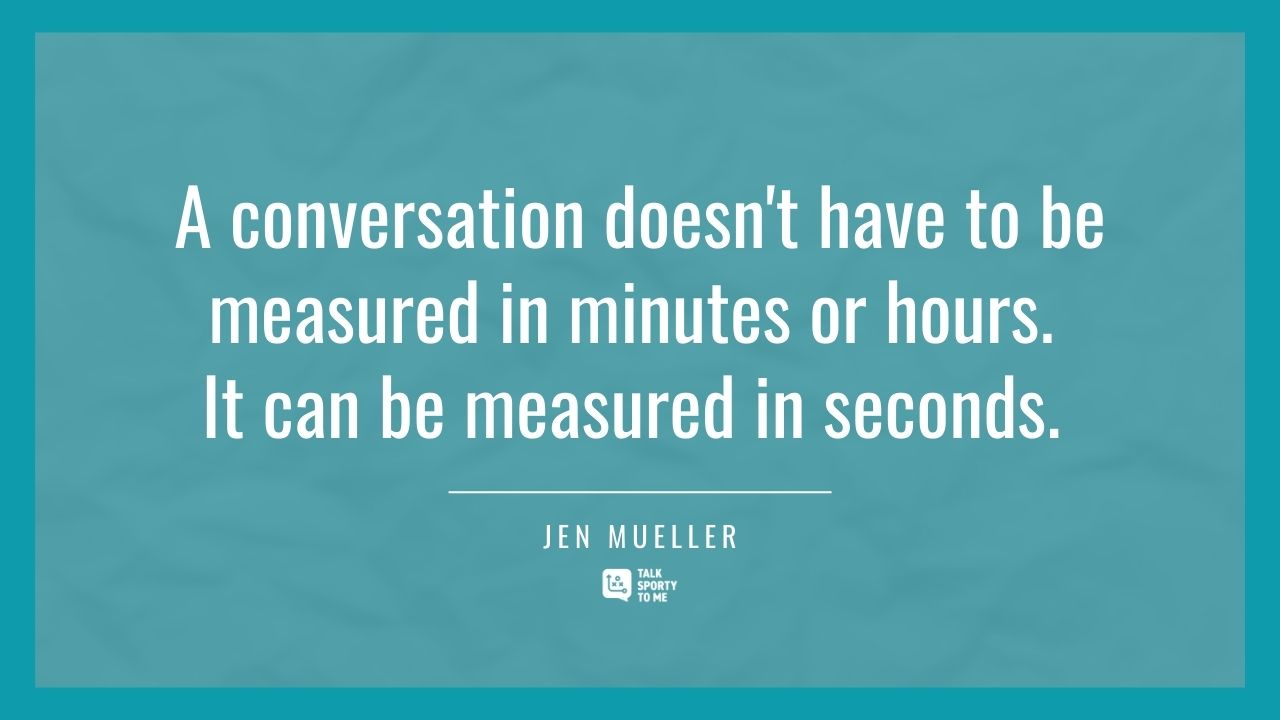 A conversation doesn’t have to measured in minutes or hours. It can be measured in seconds. Especially in the context of small talk, casually bumping into someone in an elevator, seeing a colleague in person for the first time, the conversation with the waiter at dinner.

Sure, a conversation with your best friend could easily last an hour but all of your conversations don’t have to be that long.

You can have a complete conversation in 60 or even 30-seconds. As a point of reference 30-seconds equals about six sentences. This is how I write most of scripts for TV – in 30-second increments  - just about everyone else in TV does the same thing.

You can communicate a lot of information in 30 seconds and you can be done with a conversation without talking for more than 30 seconds.

Let’s use one of the weekly Sports Conversation Starters as an example to see how a 30-second conversation plays out.

You: NFL Training camps start this week. Do you have a team you follow?

Colleague: I won’t take an interest in football until the season starts. How about you?

You: I’m a Seahawks fan, but I’m most interested in the headlines coming out of Green Bay with Aaron Rodgers.

You: The last I heard there’s still a question around whether or not he’s going to show up. I bet we’ll have an answer by the first pre-season game next week.

That’s it. That’s all it takes to have a conversation. The same back and forth type of exchange can be used to talk about things other than sports.

Thinking about a conversation in this way makes it so much easier to talk to people in person because it’s going to be over before you know it. Just be strategic about how you use that time.

Prepare for small talk by brushing up on sports conversation starters and prepare for conversations in real life by viewing the 30-minute webinar on How to Talk to People in Person. You’ll get even more strategies to take the anxiety and awkwardness out of conversations that will happen in a traditional office space this year.