Talking to People in Real Life: State the obvious, it's uncomfortable! 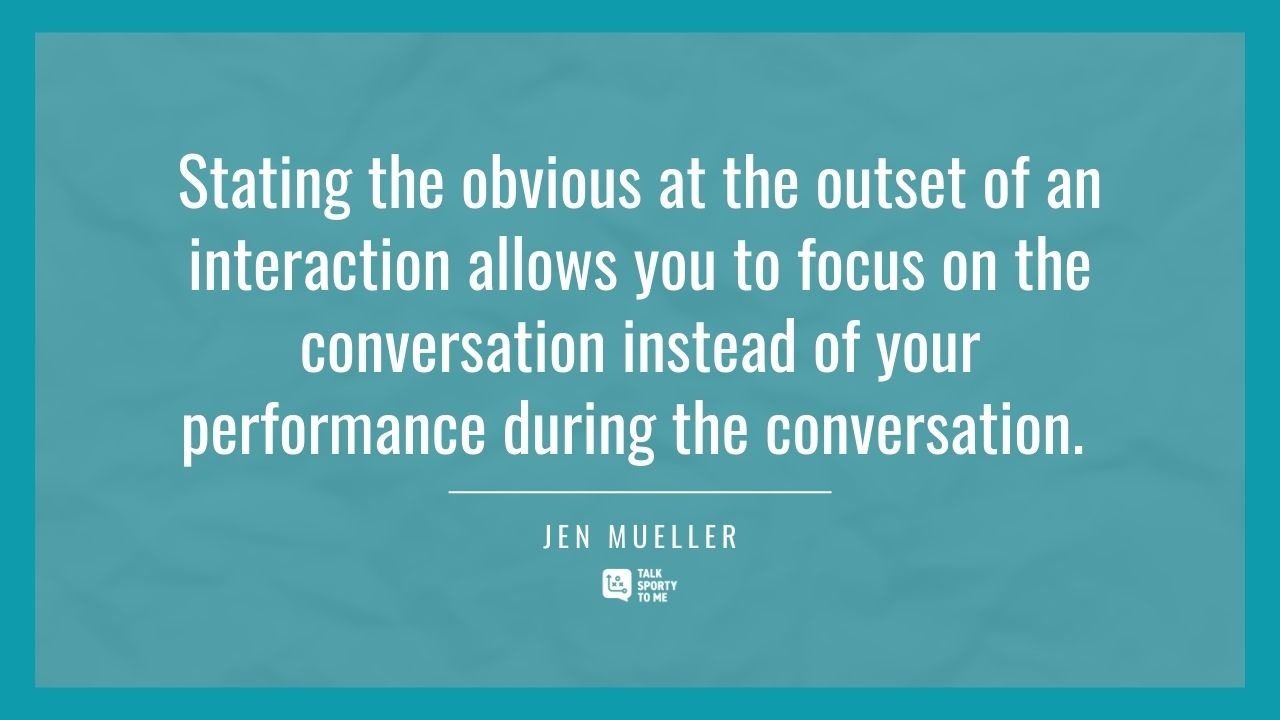 I know there’s a lot of angst and anxiety around returning to work and I know part of that stress comes from the thought of social interactions. Talking to people in real life is something we haven’t done much, if at all, in the last year. In fact we pivoted to the exact opposite. Virtual interactions with a mute button and an option to keep your camera turned off.

It is possible that you’ve been silently hiding for more than a year and now showing up, being seen, being heard and talking to people is a huge overwhelming shift.

And if you’ve had a few awkward encounters already… well, that doesn’t help your confidence or make it any easier to believe that  you can do it AND that it’s important you talk to your colleagues again in person. You might prefer to work virtually and stay hidden away but when you work with a team, they might need you to show up an engage in person for the good of the team and its collective goals.

Instead of shying away from conversations because you’re uncomfortable, state the obvious. You could say something like:

“It feels awkward to be talking to you in person after seeing you on a screen for the last year.”

“I am out of practice talking to people in real life. Thanks for giving me the chance to brush up on those skills.”

Stating the obvious is a way to lay your cards on the table. It’s a way of level-setting a conversation. “Coming clean” about your stress or insecurity removes a huge communication barrier by allowing to you focus on the conversation instead of your performance in the conversation.

This is one of the strategies I use frequently when introducing myself in professional locker rooms. I’ve worked in sports for 20 years as a sports broadcaster. I know how to navigate a locker room but there are times when introductions get awkward, and I get tongue-tied, or I psyche myself out before I even enter the room. Rarely do I have the option to defer the conversations until my confidence level is 100%. There’s always an interview that needs to happen or a deadline I need to hit.

“I feel like I should have introduced myself before, but better late than never.”

“I can only walk past you so many times without introducing myself before this gets awkward.”

It’s an introduction that breaks the ice and addresses my insecurity around the conversation without belaboring the point or making an issue out of something that really wasn’t a big deal in the first place.

Once I get that out of the way, I can get out of my own head and proceed with greater confidence.

You might need a little practice talking to people in real life again. Jump into those conversations with greater confidence and less awkwardness by stating the obvious.