The Truth About “Team Wins” 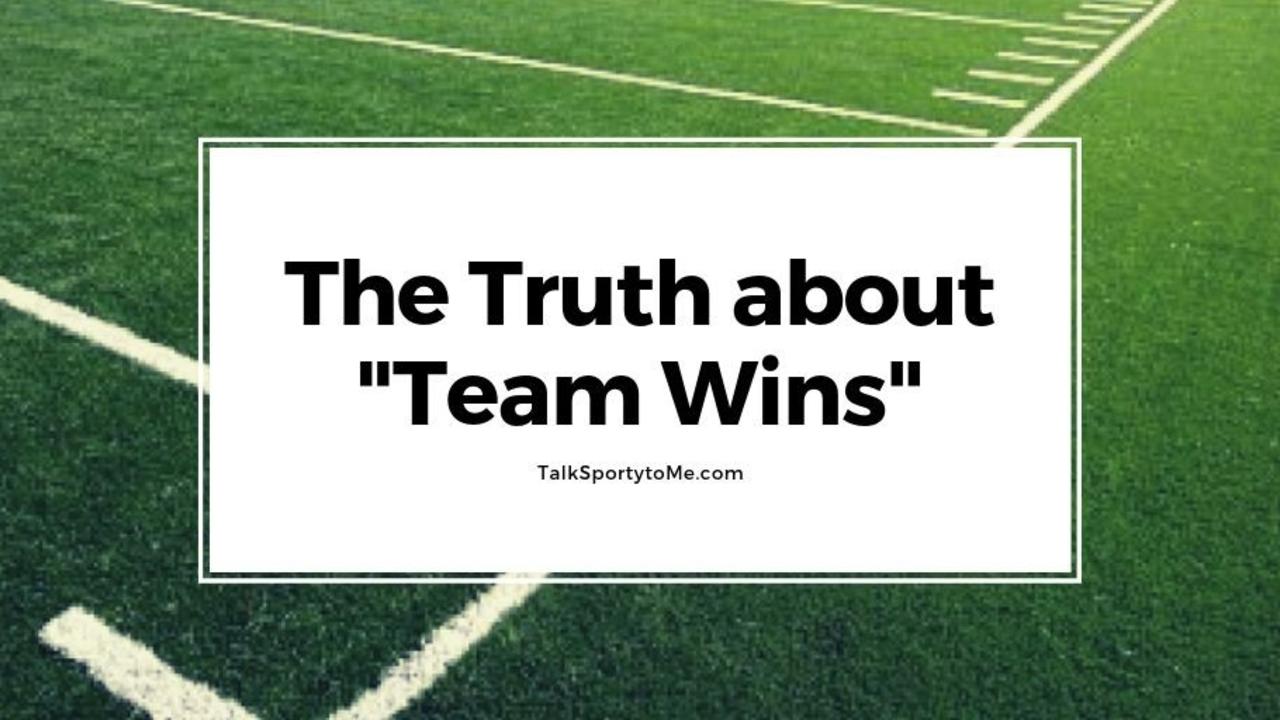 Here’s the thing about team wins – they’re a result of different people and different groups of people executing their expertise. Maybe it’s the offense delivering five home runs to back a great pitching performance. It could be the defense coming up with a big stop after the offense rallied to score late. Then there’s the 18 points scored by the reserve off the bench after the starter got hurt in the first half.

In sports we recognize there are different positions, skill sets and expertise. In business we’re quick to call them silos and even quicker to try and eliminate them.

Function/purpose. Your role determines the people you talk to most. For example: Position groups in football versus the departments in your office. If you work in payroll you spend more time talking to people in payroll by function of your job and the purpose you serve. If you’re a linebacker you spend more time talking to linebackers because it’s your job.

Schedules/meetings. Your schedule dictates who you spend time with during the day. For example: Pitchers follow an entirely different schedule from position players in baseball. They have a different workout routine and different meetings. In your office, the marketing team operate on a schedule that’s independent from IT.

Opportunity to connect. You connect with people who speak the same language. For example: In football, offense and defense use an entirely different set of terminology. The same is true for the jargon used in accounting versus the conversation taking place in product development.

Side note: This also leads to cliques or siloes based on age, (rookies vs. veterans) language (Spanish-speaking vs. English-speaking) tenue, (an athlete who’s been with one team for an entire career vs. the new off-season acquisition.) Often, we self-select into these groups because of comfort level. Eliminating these groups are about as likely as eliminating the larger silos in an organization, but when you apply the strategies below you’ll see improved communication.

As a business communications expert I get asked to deliver strategies that overcome or break through silos in an organization. As a sports broadcaster I see the benefits of silos because it’s how sports teams work. In fact, you can make a case that’s the only way high performing teams function.

Eliminating these groupings or cliques requires everyone to be doing the same thing, going to the same meetings and keeping the same schedule which is a waste of time and resources. Seahawks quarterback Russell Wilson does not need to sit in on every defensive meeting to prepare for an opponent any more than you need to sit in with the folks in payroll to watch them send out paychecks every two weeks. The Mariners starting pitchers do not to need to outfield drills to be ready to take the mound any more than you need to learn how to update every computer system in the office like the I.T. department.

The issue isn’t how talent is grouped. It’s making sure you have the tools to communicate effectively both within a group and with colleagues from other parts of the organization.

One of the most effective ways to do that is by borrowing examples from the pre- and post-game interviews I conduct during baseball season. Here are three ways I help teammates break through those silos for the benefit of the audience and each other.

1. Force teammates into the same conversation. Force might be a little strong, but essentially you want a scenario in which teammates have to engage in the same conversation in real time – like in a post-game interview when I have a starting pitcher and a position player standing together talking about the game. Those conversations can also take place in a locker room or clubhouse when I walk up to teammates in close proximity to each other and strike up a conversation. Setting a scenario in which they have to talk to me and another teammate opens the lines of communication.

2. Put ‘em on the spot. It’s not often that I ask teammates to participate in the same post-game interview, but when I do I like to put them on the spot by asking a question about the other person. For example, I might ask a pitcher, “Considering the roll you were on in shutting down the opposing hitters what do you appreciate most about the way the offense performed?” The answer not only informs the audience but also conveys appreciation for the teammate who played a big role in scoring runs.

Recognizing a teammate’s individual contributions to a larger audience is one of the ways you can make colleagues feel valued.

3. Create a shared experience. I don’t have to be in the same room to get teammates talking, but I do have to give them something to talk about. In my role as an interviewer and content producer that means identifying an interesting question and asking multiple players the same question. For example, “What’s the thing your parents did that embarrassed the heck out of you as a kid?” Those answers are compiled into features the players will often see on the video board before games or on TV in the clubhouse. The answers prompt further conversations among teammates and open the lines of communication outside of their work conversations.

If you’re a sports broadcaster feel free to use these strategies with the teams you cover. If not and you’re trying to figure out how these ideas apply to you, let’s boil it down to these next steps.

High performing teams need specialization. Cliques, silos and groups are a natural result. Don’t waste your efforts trying to eliminate them, communicate better within and across them.