Tis the Season to Practice Saying Thank You 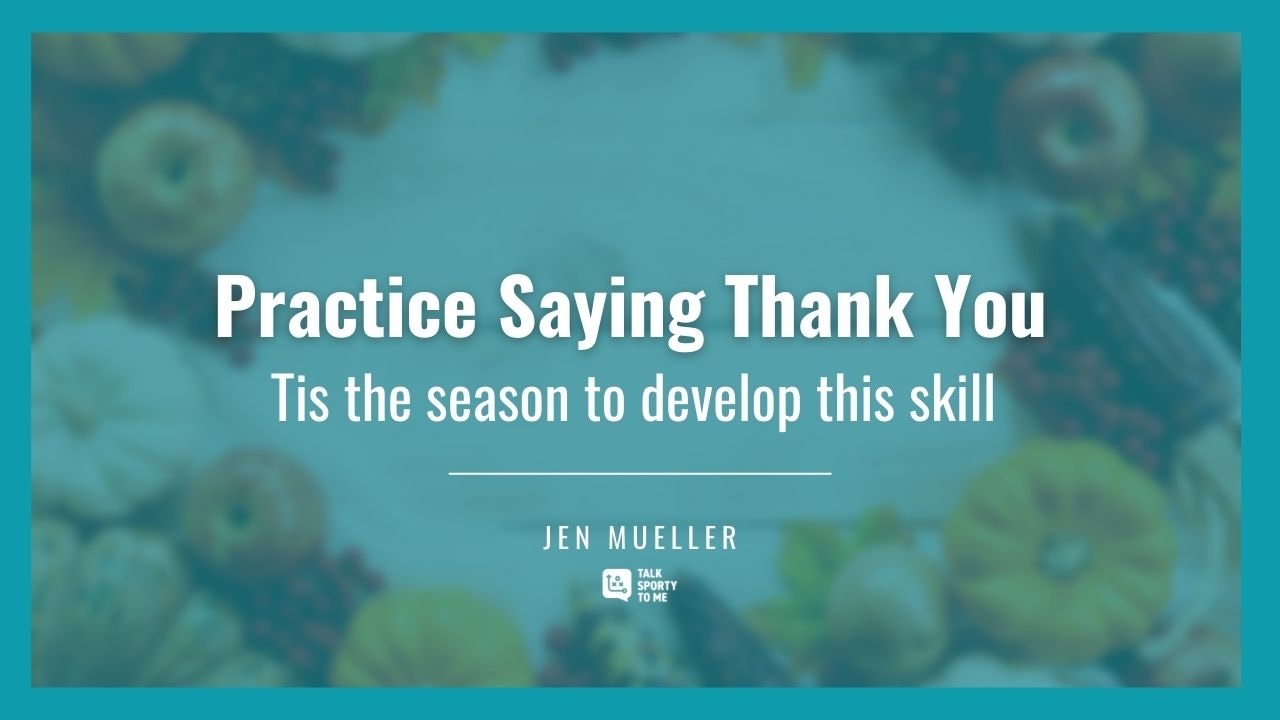 When it comes to thanks and praise would you rather give or receive?

It’s a bit of a trick question because you should be equally adept at both. This time of year gives you a chance to practice showing gratitude and receiving compliments.

Graciously receiving a compliment is a skill and it’s important to the narrative you create at work.

If someone says, “Great work! I’m really impressed by how that turned out” and your first reaction to say something like, “It was nothing” you aren’t being humble, you’re lying. It was something. In fact, your efforts made someone stop and notice enough to pay you a compliment. That’s an opportunity to own your accomplishment. Don’t downplay your skills, efforts or success. Don’t shrink back. And don’t give all the credit to your team.

You might be used to saying something like, “My team deserves all the credit” without realizing what you’re actually saying. Here’s what that response tells me:

I suspect those aren’t the messages you want to send. This is one of those little moments you need to be intentional in owning and controlling your message. It starts with two words “Thank you.” It’s all you need to say, but if it doesn’t sound like enough here are a few additional options:

“Thank you.  I worked hard on the project. I’m thrilled with the results.”

“Thank you. I enjoyed working alongside my team on this idea.”

“Thank you. This is my favorite recipe to make this time of year, I’m glad you’re enjoying it.”

“Thank you. I’m really enjoying my workout routine and it’s paying off.”

That’s it. That’s the conversation. If it doesn’t feel natural, practice until it does. Say the words out loud.

If you need help reinforcing this habit, listen to athletes during post-game interviews. Pay attention to how they receive a compliment and respond. For example, a wide receiver might hear something like this, “That was a great 3rd down catch, how did you come down with the ball?” That player won’t brush off the compliment and will matter-of-factly walk through exactly how he contributed to the play and the overall outcome of a game.

You should get to the point where you can say “Thank you” with the same level of matter-of-factness. Practice until you do. It’s the only way it becomes easier to take advantage of all the opportunities during the holiday season.